In 1985 I graduated from the General Rating class on 31st of May as was customary for schools in Finland. During the spring I had been running to different shipping companies looking for a job and as it was a recession period in those days it was pretty hard to get hired. Finally, I apparently managed to impress the HR Manager at Bore Line, Mr. Kari Salminen, who sent me a letter of employment a couple of weeks after I've finished school. I was by then cleaning a supermarket as I needed a job to get myself some money and experience. Those days I was so fed up on school that I was in the mind set of never setting my foot in a school ever again. 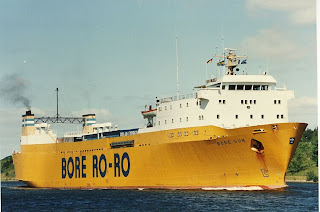 I can still remember the day when I was walking along the piers in Turku port towards m/s Bore Sun with my first employment letter in the back pocket. She is built in 1978 in Norway as a newbuild for Bore Line. Originally she was tailormade to fit the locks up to La Rochelle, France.

Once onboard I was showed to the telegraphist who got annoyed as I did not have a medical certificate with me. So much for the use of schooling... I had to get into a taxi and go downtown to see the Seaman's Doctor to get myself certified medically fit for duty. Once done I was signed on and then the "Muster Man", as he was called, stamped the ships roll.


The sister ships, now renamed Norking and Norqueen and extended 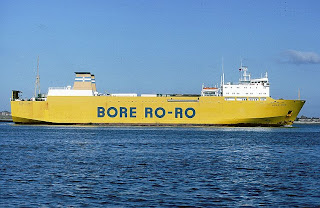 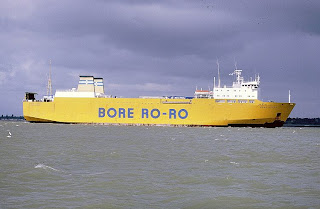 I was doing leave replacing on many of the Bore Lines ships and was in those days probably the youngest employee in the Company. I was sailing to Harwich and Chatham, UK, Terneuzen, Holland and Cuxhaven, Germany. I was never employed as permanent staff as it would have been too costly to get rid of me in case business turned sour. This trend was new and is continuing even today all over the shipping industry. I held OS, AB and Engine apprentice positions and once I was replacing the Carpenter. 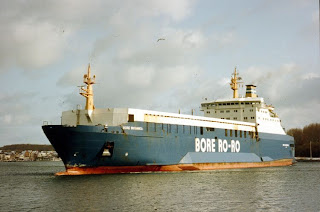 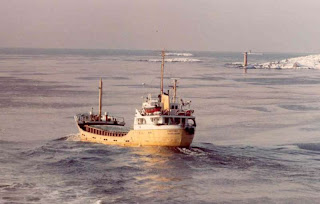 In between contracts I did a trip on m/v Fortuna that was a German built small coaster from 1958, loading capacity some 725 DWT. The ship was owned by 2 brothers from Rauma and on this particular trip we were on our way to east UK, Gunness, with a crew of five. Captain, his wife, an Engineer, an AB and me. I still recall how we ran out of fresh food a day or two before UK and we had only some frozen peasoup to eat.

As a footnote to this ship can be said that she sank during a storm in the autumn of 1987 overloaded on sugarbeets in the Turku archipelago. Luckily the crew managed to climb on top of the hull and they were picked up by a passing passenger vessel, m/s Wellamo.

Then just before I was joining the Navy I did a short stint on m/v Pasila, the old one. It was a bulk carrier and we shipped coal from Poland to Finland and pyrite in bulk to Norway. It had 3 cranes with hydraulic grabs attached on them. The ship was depressing as I recall how I had to every day wipe the deck in my cabin clean from coal dust that had permeated everywhere.

In 1988 I was drafted to do my military service and I entered the Navy for the next 11 months.